Gurtler Brothers VFW Post 420 will continue to honor local veterans in its "Gallery of Honor" as part of the Veteran's Day Activities at the Post Home on 190 Excelsior Avenue to honor those military members who have served in a time of war but maybe did not serve in combat.

The public is invited to submit a 4 x 6 photo of thier family member or friend who served during a period of war whether they served in combat or not.  The "Gallery of Honor" will be unveiled each Veterans Day as part of its Post Ceremonies at the Post Home. 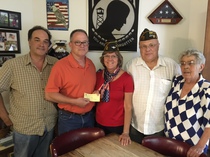 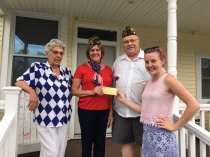 Want to Become a Member?

Information on our organization is now available online.